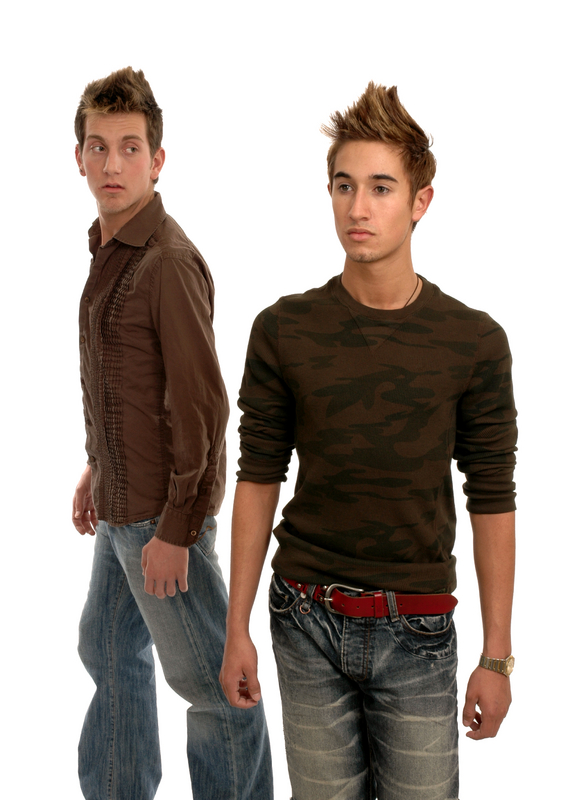 It’s two in the morning and I’m tossing and turning, lying there looking up at the ceiling.  He calls me because he knows I'm still awake—when was the last time I was asleep before three? God knows. My hand finds the phone and slides it open, ending the tune mid-lyric. His grinning picture fills the screen, and I already know what to expect.

"Can you help me unravel my latest mistake?” He pleads. “I don't love him. It’s all wrong. I don’t know what to do.”

“Yeah,” I say. “I’ll be right there.” And pull the covers back, letting the cold air hit me. Sweat pants, a t-shirt and a too-large fleece. I find my keys, head out to my car and shiver in the night. I look up at the sky, dark and cloudy, with no moon. God wouldn’t be up this late. I buzz his room and wait in the lobby, the night watchman eyeing my disheveled appearance until he arrives. He looks like he’s been clubbing. He probably has. He smells of cigarettes and booze. We walk out through the doors and onto the street, lights from the buildings around us staring down like so many accusing eyes.

Like they have any right at all to criticize.

He pours his heart out to me in the car. They met months ago. I was surprised it had even lasted this long. He wasn’t good at holding on to men. Or maybe they weren’t good at holding on to him. What did it matter? His relationships were like flashfloods. Coming out of nowhere, and then disappearing with a mess left behind. How many of his storms had I cleaned up already? Too many. Things had been good at first. Fun, carefree, and the sex was still good. Then it got serious. He’d asked to move in with him apparently. Ah, the kiss of death. Now it made sense. He’s incapable of committing.

I look at him as he talks himself into a huff all over again, and shake my head sadly. When’s he going to learn? He can’t just end these things in the middle of the night, without even talking to him. I tell him as much.

“Why? Why can’t I just cut him out?” He asks in his naivety.

“’Cause you can't jump the track,” I say. “We're like cars on a cable, and life's like an hourglass, glued to the table.”

He looks at me blankly.

I try again. “Because no one can find the rewind button. You can’t just un-do it all. You have to work it out.” I’ve stopped driving. We’re parked back outside my place. I look at him and sigh, and think, So cradle your head in your hands all you want. You’re going to have to face it sooner or later. But instead, I say, “So breathe... just breathe.”

I let us in, and go to the kitchen to make tea. I hear him crash on the sofa and I lean against the counter while I wait for the kettle to boil. I offer a silent prayer to the fluorescent light above me. “May he turn 21 on the base at Fort Bliss.” If he can only make it to twenty-one, I tell myself, he’ll be ok. By then he’ll have figured it out. He’ll finally grow up. Until then, I hope for his sake, he can keep on living his own little party. I don’t think he can deal with real life yet. I brew the tea and carry the mugs through to him.

"Just a day," he says down to the flask in his fist.

Great, I think. I should have expected it I guess.

"Ain't been sober, since maybe October of last year," he tells me with a sort of sad, half-crazy smile.

What does he want me to do about that? Here in town you can tell he's been down for a while. He smokes and drinks too much. He has bags under his eyes. But, my God, it's so beautiful when that boy smiles. He’s one of those guys who just lights up the room with his grin. Like each tooth is a tiny light bulb. I want to hold him. Make it all better for him. He does that to you. Makes you want to take care of him. Fix him. But he can’t be fixed.

I think about what I said before, and realize it’s true for him in ways he can’t see. ‘Cause you can't jump the track, we're like cars on a cable, and life's like an hourglass, glued to the table. No one can find his rewind button. If I could, I tell myself, I’d take him back to before he lost control. Take him back and keep him safe from what he’d become. The flask is empty now, and he cradles his head in his hands once more.

I sit there and think, letting our tea slowly cool, letting him slowly calm. There's a light at each end of this tunnel. He can go either way. It strikes me in some strange continuation of the metaphor. He feels like he has to shout just to be heard 'cause he’s just as far in as he’ll ever be out. It’s why he acts the way he does. And these mistakes he’s made? He’ll just make them again. If he’d only try turning around…

He does just that. He turns around, and I see all of a sudden why he’s gone quiet. He’s not calming down—he’s crying. “Is it me?” He asks. His words slur just the tiniest amount, to tell me he’s still drunk. At least the flask is empty now. “It’s me isn’t it? I’m the reason it always goes wrong.”

He catches me by surprise. “Maybe I’m just looking in all the wrong places.” He mutters with more insight than I thought a drunk could muster.

I’m about to say something in agreement, that maybe nightclubs aren’t the best places to start relationships, but then his hands find mine, holding my mug. He puts it on the coffee table and then he’s leaning into me. His face gets closer and his breath is somehow still sweet. I should stop this little tempest before it goes any further. But his eyes are pulling sweetly at me like the tide, and I let myself slip into it.

He pushes me back on the couch as his lips cover mine. But this is softer than what he does at the clubs. Always hands roaming, tugging, pulling, rubbing, bodies crushing. But not here. It’s almost like he doesn’t want to break me. Agonizingly slowly, his hands reach up and clasp either side of my face. Our lips are still together, but not with the usual rush of tongue, just a gentle ebb and flow.

Finally, the wave breaks and his mouth moves off. I open my eyes and he’s looking down at me. His hands still frame my face. His face, usually so readable by me, is un-breachable. Until now, I haven’t moved my own hands, but I raise them slowly to lay them on his sides. It’s as if that’s what he was waiting for. His lips drift down to mine again, gently, almost not touching. “Take me to bed,” he says, as if I’m the one in control.

He climbs off of me and stands, and waits for me to get up. I look up at him, and I know I should stop it. I don’t want to be his next flashflood. But maybe it’s already gone too far. Maybe he wants this. Maybe I can be the one to fix it all for him. It’s oh so easy to do what he asks, and before long we’re standing by my bed, the covers still tossed down from when I got up to go to him. I turn to him, and he pulls me into his arms. “Shh,” is all he whispers in my ear and holds me to his chest. Then his hand finds the zipper to my fleece and runs it down like a slowly crackling bolt of lightning. For the next hour, my body is his temple. He undresses me until I’m exposed before him, and then he lays me in my own bed. He ripples all over as he disrobes himself and climbs in on top of me, pulling the covers up. We both shiver—I don’t know if it’s the chill, or the anticipation, or the emotion. He’s got me love-stoned and I submit to him. I luxuriate in his attentions.

It’s careful and gentle. He traces every line of my body and kisses every inch of me above my waist.

We don’t have sex. But when he finally stops, we’re both exhausted. He slips an arm under my head and lies on his side, one leg cast over my knees, one arm crooked across my chest so his elbow rests on my navel, and his hand clasps my shoulder. I can hear his breath come softly, and I swear I can hear his eyelashes brush against one another as he blinks.

It’s four AM and I'm still awake. I stare up at the ceiling and wonder what happens next. I slip out of his arms and he watches me as I pull on my boxers again. His face is still unreadable. For the first time, I can’t see what’s going on behind his eyes. I sit at my desk and pull out a silk-bound book and put pen to paper. I write everything that’s happened tonight, as if, if I can get it all down on paper, it’ll no longer be inside of me, threatening the life it belongs to.

He lies on my pillows, now stained with his scent, and I feel like I'm naked in front of a crowd. ‘Cause these words are my diary, screaming out loud. And I know that he’ll use them, however he wants to. These words are his, just like I am now.

I know I can't jump the track now. I’m like a car on his cable. And now my life's like an hourglass, glued to his table. I can’t find the rewind button now, and I don’t know if I want to.

So I sit there, and breathe… just breathe.

And he lies there and breathes… just breathes.

I heard the song in the link below:

and the wrote a short story that is kind of based on it, but not
really because it's about much different things, just with some
similarities, and a few lines from the song. Hope you enjoy it.